The Wondrous Meaning of Chore Practice (by Ven. Hui Qin)

Traditional sangha offers more opportunities for chore practice than nowadays. The well-known saying of “One day no work, one day no food” mean self-reliance and intergrading meditation with mundane life. Working is meditation; meditation is working. Mediators contemplate on the true meaning of “chore” and look deeply into the functions of mind.

We say that in Dependent Origination, Ignorance arises with a single thought but Enlightenment also arises in what appears to be empty and void. The world is created by and in our mind. Affected by Eight Consciousness, we are reborn as humans in samsara. Karma is like ocean wave, constantly going up and down. To transcend Ignorance, we need to meditate, to realize the Buddha’s teaching, to eliminate Delusion, and to weed Defilements. When we sweep the floor, we observe and look deeply into our mind. It is to sweep off Defilements.

In what appears to be the chore of sweeping is in fact a practice of mindfulness. Chore practice is a form of meditation that helps us to be mindful. To meditate like this, we will find our Buddha Nature.

Many spiritual practitioners attained Enlightenment through chore practice. It helps us to realize that all beings are buddhas and that Dharma is the same to all. Chore practice can also overcome distinction/duality. Doing what seemingly is mundane chore can help us to attain liberation. Chore practice helps us to overcome duality, to transcend what we see, what we hear and what we perceive. There is no distinction between a Buddha and ordinary beings. Non-duality is the realization of Dharma. If we can understand the true meaning of Chore Practice, we are on the right path to nirvana. 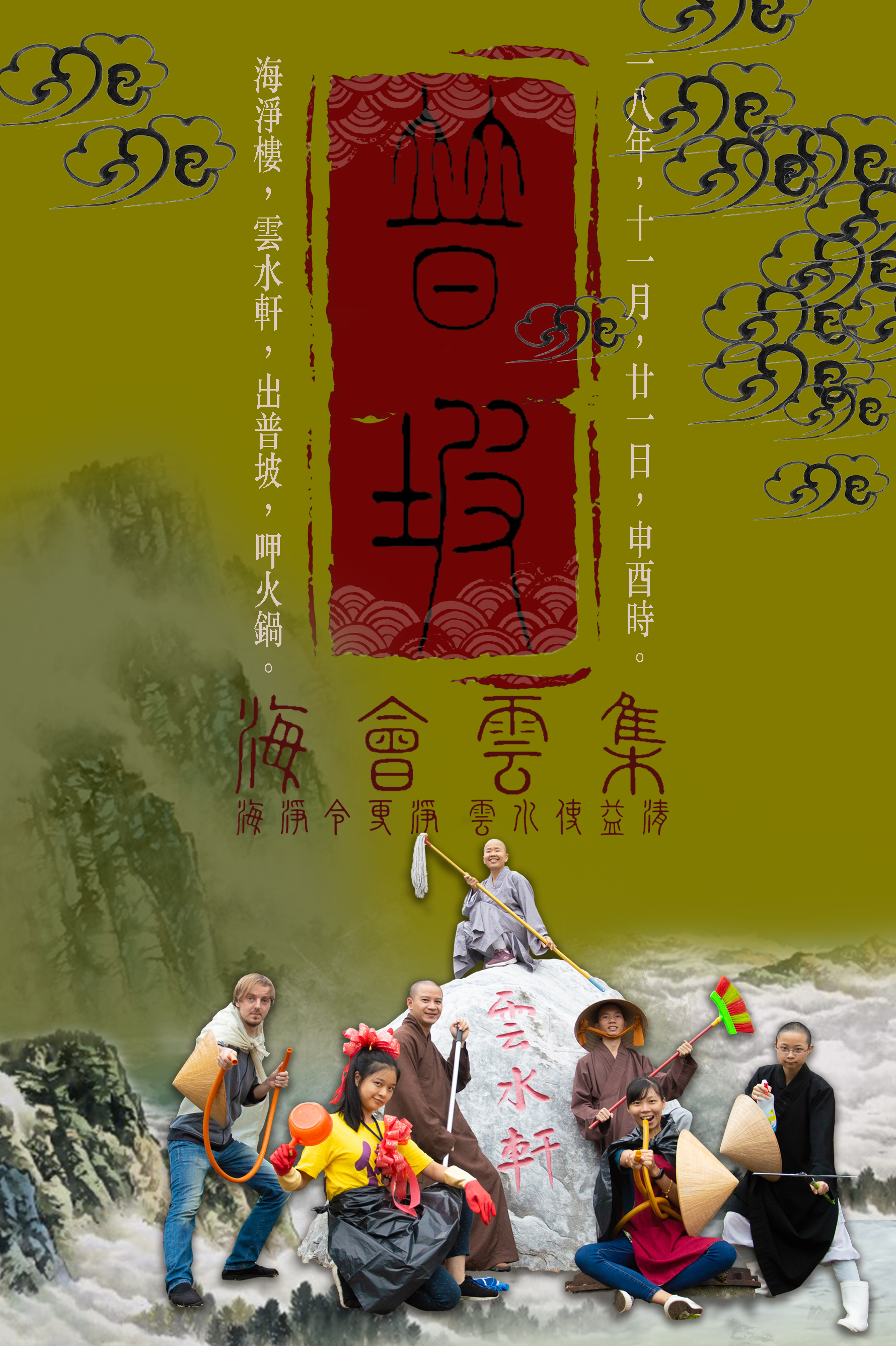 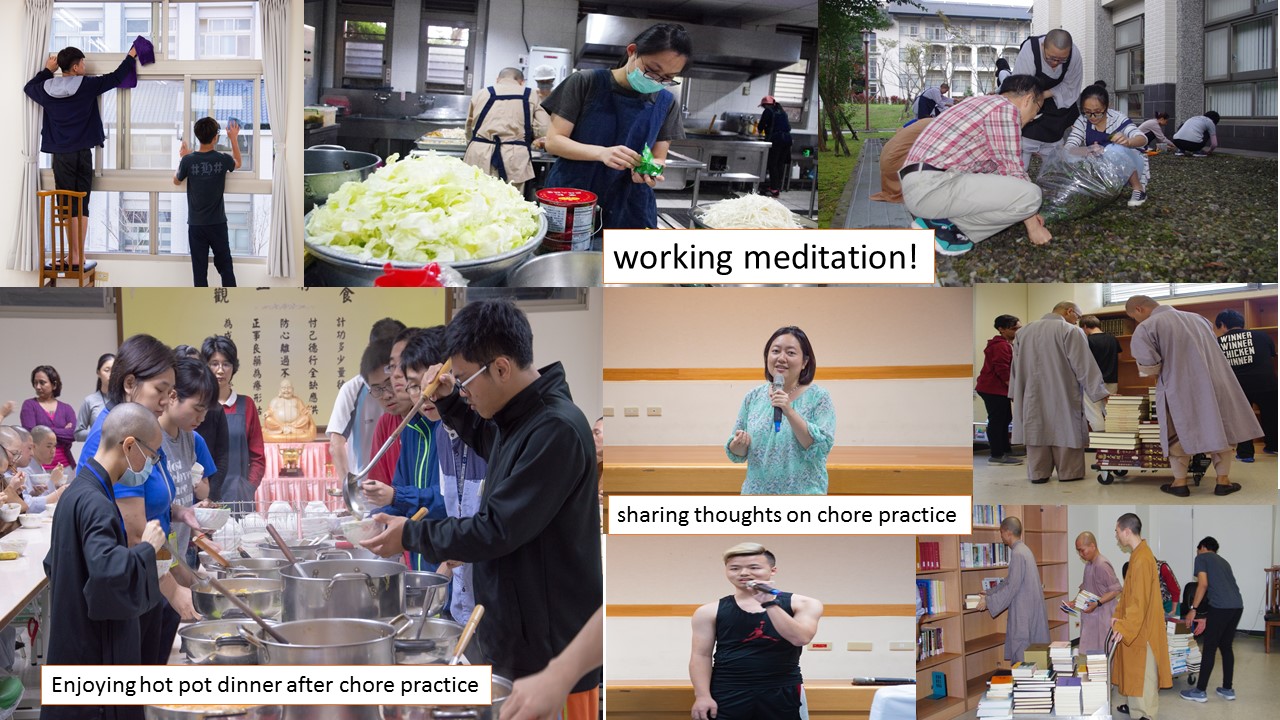